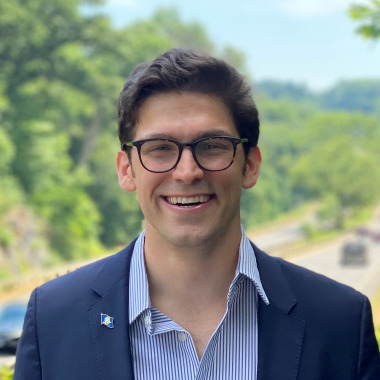 Republican,
Connecticut native, renewable energy professional, volunteer tutor, public policy advocate, and elected member of the Greenwich Representative Town Meeting
[email protected]
203-800-9324
Candidate website
In the absence of any questions in this survey about the ECONOMY, I must note that jobs and taxes are the single greatest long-term concern I hear from Stamford voters. CT has the 2nd-highest taxes in the country, causing our state economy to be one of the worst in the country over the last decade. We need a change in economic policy in CT to create jobs and raise income in Stamford: Reduce income taxes, infrastructure without tolls, and cut wasteful spending and red tape.

VOTING should always be easy and secure. To that end, I support expanded absentee voting, especially with elevated public health risks. However, proposals like universal vote-by-mail and early voting undermine our democratic process, with the former leading to fraud (including an major arrest in Stamford in 2019) and the latter leading to vote harvesting. A Yale study showed that early voting does not increase turnout because it devalues Election Day in voters' eyes.
Regulators and legislators have had complete oversight of the utilities in Connecticut and have failed consumers just like Eversource has. We have the highest electricity rates in the continental US and they are still increasing. This summer we learned the grid doesn't even work reliably. We need a change from the failed policies of the past to provide cheap, clean, and reliable power.

1. Place all forms of clean, reliable energy on a more equal regulatory footing, particularly hydroelectric power and nuclear power imported from Eastern CT and out-of-state.
2. Make sure all power contracts are determined by an open-bid, competitive market process rather through opaque negotiations. Expensive, long-term power contracts promoted by regulators are increasing electricity prices.
3. Reduce Eversource's monopoly power. Prohibit it from vertically integrating into power generation which reduces its incentive to reduce prices and distracts it from its main job of reliable transmission and distribution.
Stamford sends around $900 million in income tax receipts to the state government every year and gets back only $17 million. That's totally unfair to our city where we have real economic diversity and needs. It's gotten worse under Democratic governors from Stamford and Greenwich and an overwhelmingly Democratic state legislative delegation. One reason is that these politicians have supported repeated tax increases that decimate our economy and force the tax base to leave the state, which in turns results in lower state aid to cities like Stamford. Second is that the formula for funding does not reflect the needs of Stamford residents. Stamford gets less funding than is predicted by its percentage of residents in poverty. Those two issues need to be altered. A third point is that state regulations should be changed to make the money Stamford does have goes much further. Project Labor Agreements that restrict the construction companies that Stamford can hire for infrastructure and school building add millions in costs to the city. Those need to change, too, so we can improve roads and get the mold out of schools.
Making the legislative process more accessible and transparent online is a good idea generally.

The state must also restore legislative powers to the state legislature to make our laws in the state. Its undemocratic and unnecessary for the governor to have a full 11 months of emergency powers. Public health regulations can be ratified by the legislature given that there have been two special sessions during the pandemic already.

Finally, we need a good balance of public health policies that protect the most vulnerable in places like nursing homes and limit the spread of disease by reducing large indoor gatherings and promoting masks. We must also preserve enough of normal life so people can keep their jobs and so kids can go to school.