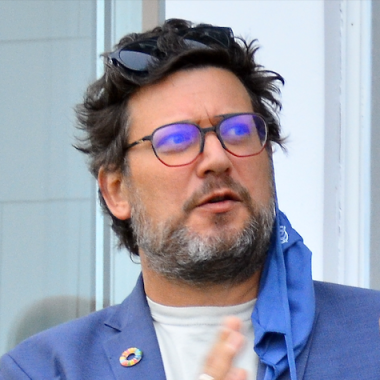 Democrat,
My committees of cognizance are the Public Health, Environment and planning and Development committees. I am also chair for the CT Animal Advocacy Caucus (protecting our biodiversity is protecting us) Consultant / Wholesaler for High End Eyewear Designers
[email protected]
(914) 843-7545
Candidate website
Absolutely! I actually introduced my own bill in 2019 for early voting. I also introduced election day is a holiday, voting rights for Parolees and low tiers of incarcerated people, Enabling municipalities to use Rank Choice voting.
I also introduced an act enabling Absentee Ballots Postmarked before or on the day of an election to be counted, that would have been a pertinent bill if it had passed.
Also in 2019 I introduced automatic Voter Registration. Since I cae from France at the age of 14, I always thought there was much reform needed in elections.
We passed the "Take Back The Grid" bill just last week. However I think it should have been stronger against the distributors, in particular Eversource.
I have been supporting the idea of publicly owned facilities, and talking about it publicly for at least 6 years, either under the form of municipal utilities or state owned.
The current system does not work for the rate payers.
There has been a perpetual problem with the Education Cost Sharing formula. It is largely based on the Grant List which is misdirecting as two the amount of property tax the city collects every year.
Through the business of education, our state has become the most segregated state in the nation! So it is time to reform the ECS formula, and also insure every student in our city and state has the same opportunity to get a proper education. There are other ways to gather extra funding for our schools, we get some from alliance, and we should be getting ore through the English as a Second language support funds.
I am still shocked that our session was ended on March 11th! I am very much present at our Board of Reps meetings, Committee meetings, Zoning Board meetings, and I witnessed our elected officials in the city continue voting on ordinances.
I surely hope that come January, the Legislative Branch of our Government will be fully operational with the tools that we used for special session at the least. Our job is to keep checks and balances and be the oversight on behalf of the people on the Executive branch and for now this has not been working this way.
I introduced/pushed for a nursing homes bill that came with no fiscal notes and appeared to be bi-partisan, yet it was rejected by the governor's team and leadership! SB19 which I strongly supported during our short piece of session, a bill to reduce and eradicate sexual violence on campus was also dismissed despite the fact it was bi-partisan and also had no fiscal note. We need to bring bills to establish proper standards of health and safety but also to protect the fair and proper treatment of our essential workers, but under this current conjuncture, with a non operational legislative branch, we cannot count on this, so particularly the need to have a full session, be it online or not, is highly warranted.
Those most vulnerable on the front, in the most impacted communities, and our in essential workers force, are our Black and Brown Sisters and Brothers!