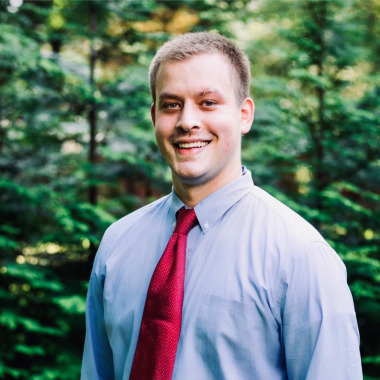 Republican,
Trader, fund accountant & analyst
[email protected]
Candidate website
A perhaps too subtle point about early voting is: the point of the election is it’s all done at one time, a true instantaneous snapshot of our country. With early voting optionality, it is no longer a snapshot. Instead, people will vote early as soon as they are highly motivated to do so. That increases the volatility of our election process. It incentivizes politicians to lie big and lie early with enormous and ridiculous promises, so that whatever suckers believe them, will vote for them early.

Plus, what happens if you change your mind later? Seems awkward. One day. Election day.

With the one-party rule that has sullied our state the past 4 decades, the opportunities for dishonesty with absentee voting is palpable. It's unfortunate that we won’t know the election results on election day. It's un-American.

With mail-in voting, there’s a good chance that lawyers will decide the election, not the people. It opens up possibilities for fraud and coercion.

With mail-in voting, there are more middlemen between your vote and the final count. Would you send cash-money in the mail? Your passport or birth certificate? Why would you send your vote, when half of America would look for legal (& illegal) ways to change/discard your vote?

Why are our legislators not focused on all the outmigration going on, businesses leaving and unable to open up shop here, overstuffed pensions, over taxation and overregulation?

I do not support the resolution to amend the Connecticut constitution for early voting.
No. We have the highest electricity rates and regulators are to blame. We need a less bloated government and more competition. We need more suppliers, more utility companies, less government mandates, less public monopolies. The Take Back Our Grid Act is more garbage coming from career politicians that are only concerned with increasing the size and scope of state government. The law says: "Not later than June 1, 2021, the Public Utilities Regulatory Authority shall initiate a proceeding to investigate, develop and adopt a framework for implementing performance-based regulation of each electric distribution company." A half a year! To initiate! To investigate! By 2050, maybe some report may be written. Thanks, Big Government. Join me on November 3rd as we unite against Big Government.
This is an absurd question, but I’m happy to opine. If Stamford deserves more funds, it should get more funds; if it doesn’t, it shouldn’t. Should a politician be rewarded by votes if he/she forces, one way or another, a Bridgeport or Fairfield resident to pay for Stamford citizens? Is this questionnaire a tool to figure out which politician is a greater pirate who can deliver more spoil?

Stamford will benefit the most by repealing the plethora of unfunded state-mandates. I am in favor of repealing most of all laws passed in the past thirty years (HB 6004, HB 6002, HB 6844, HB 6695, HB 6495, HB 5421, SB 4, SB 455 et. al) . I am against forced redistribution and government spending. I am against the proposal of State Government taking over local zoning. I support local control of schools. I am against school regionalization. Politicians in Hartford have no merit to determine school curriculum. I endeavor to repeal HB 7083 which my opponent Matt Blumenthal voted for and indoctrinates our children. Attending private schools his whole life, nobody - rightfully so - has any faith in Blumenthal credentials to dictate what our kids are learning in public school.
Sure, the General Assembly can even go remote. If it does, politicians should have their salaries and expense-reimbursements reduced. Maybe politicians can even vote remote. I can give you all my votes now if you're curious. My default vote for any new legislation is Nay unless the bill deregulates. I will read every bill and simply determine: are we better off with more taxation & forced redistribution? Thousands of CT147 constituents disagree with the way Connecticut Big Government has been run. I will always listen and be responsive with my constituents.

The most pressing COVID-related priority is to open up Stamford schools. Greenwich is open, Darien is open. Why is Stamford not? Let's get our kids back in school. Why is CT still in a state of emergency? We didn't vote to give the Governor essentially an 11-month monarchy, which expires in Feb 2021!

Other COVID-related priorities are to take our state back. 60% of restaurants won't ever come back, 20% of all businesses in Connecticut are gone forever. The priority is to deregulate and lower taxes. Let’s incentivize businesses and families to move into Connecticut. Stamford used to be the Hedge Fund Capital of the world; Connecticut was the industrial leader of the free world! This is no longer the case. There are countless other excessive state mandates and burdensome regulations that need to be repealed in an effort for the government to get back to its Constitutional roots, to serve - NOT command - the people. Let’s unite against Big Government.