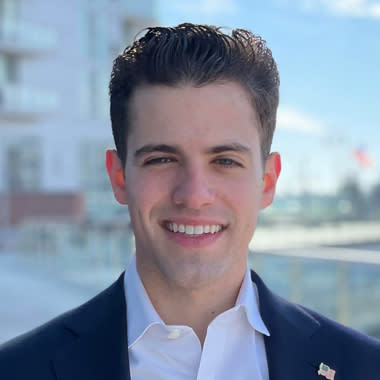 Republican,
Bankruptcy & Restructuring lawyer
[email protected]
Candidate website
The CARES Act will provide Stamford’s school system $12 million over the next two years. Additionally, further federal funding may be available through past or future stimulus and COVID-19 relief bills. However, we do not know how additional funding will help Stamford. Further, the legislature may not even play a role in disbursing such funds, as the Democrats in Hartford have abdicated their legislative authority in granting Governor Lamont yet another extension of emergency powers. It is antithetical to our Constitution and the separation of powers that our state will be run by “emergency” executive orders for over a year. As your state Senator, I will reassert the legislature’s prerogative to be equal partners with the governor in the governance of our state’s affairs.

As your state Senator, I am also prepared to make hard decisions about which state programs to fund, and which programs to cut. Unfortunately, our legislature has spent without discipline on both unsustainable legacy liabilities (like state employee wages and pensions, including a 5.5% salary raise during the height of the pandemic) and brand-new projects (like the just-passed income tax to fund twelve weeks of government-funded paid leave, except for state employees, who are exempt). Without self-defeating tax raises, there simply isn’t money to help municipalities in distress.

Accordingly, I would not expect much, if any, municipal aid from the state, both because there’s no money in general, and because Hartford treats Stamford and Darien like a piggy bank to benefit the rest of the state.
Reform Collective Bargaining Laws So Stamford Will Have Money to Pave the Roads:
We must fix our collective bargaining and pension problems, at both the state and municipal level. Spending on public sector employee wages and retirement benefits crowds out other worthwhile investments. Unless we get these contracts and benefits under control, we are headed for insolvency. Further, state laws like MERA (the “Municipal Employees’ Relations Act”), which imposes binding arbitration upon municipalities and collective bargaining units, ties the hands of our municipal leaders. Stamford’s Mayor Martin has tried to allocate additional funding to road paving and other public works projects, but those payments often get cut to avoid large property tax increases, because our tax dollars are tied up under collective bargaining agreements. We must provide our municipal leaders—Democrats and Republicans alike—more freedom to do what’s best for their constituents.

Liberalize Construction Law and Reform the State Department of Transportation:
We must reform the state DOT and prevailing wage laws, which make Connecticut one of the most expensive places to do road and transportation construction in the United States.

Maintain Local Control of Zoning:
It is critically important that municipalities maintain local control of zoning issues, as greater density imposed upon us by Hartford would exacerbate the overcrowding and physical deterioration of our roads.
Many businesses have seen their hours and operations reduced or even eliminated in the name of fighting the COVID-19 pandemic. I believe it is both our moral and legal duty to compensate those businesses forced to close and sacrifice for the public good.

When the government takes private property for a public use, like building a new school, or widening a city street, it is obligated to pay “just compensation” to the property owner in exchange for that taking. Similarly, if the government closes a business to protect the health of everyone in the community, it is obligated to compensate the business-owner for that closure.

As your state Senator, I will propose the “Just Compensation Act of 2021,” which will compensate business owners for losses caused by restrictions imposed on their activities to mitigate the spread of COVID-19.

But more than providing financial support, I will also oppose needless regulations restricting our businesses from operation. For example, we should not force restaurants to close by 11:00 p.m., incentivizing them to squeeze more diners into fewer hours. Let bars and restaurants and other commercial enterprises return to their ordinary hours of operation, and let’s eliminate capacity restrictions so long as the appropriate health measures can be observed.
I support a political process that encourages engaging voters with a candidate’s ideas. I believe we’ve seen a troubling trend of partisan, less informed voting in recent years, and early voting would only exacerbate that trend, by focusing campaigns on simply driving base turnout instead of appealing to the broader electorate. Connecticut voters have rejected constitutional amendments allowing early voting, and I would too.

Further, we’ve seen how absentee ballots put stress on our Town Clerks and are prone to errors, such as in Stamford this past November, which found hundreds of misplaced absentee ballots three days after the election. Post office delays are also frustratingly common, and could inadvertently disenfranchise our voters. I support safe and secure voting, which is best done in person, on election day.