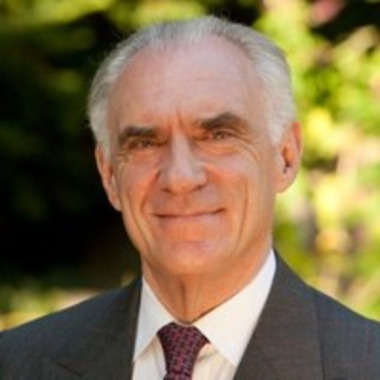 ,
Democrat running as independent; businessman and finance professional in the race for State Senate as a petition candidate in the August 17 2021 special election.
[email protected]
203 249 7797
Candidate website
Ever since I studied the Federalist papers in college in England I have been awed by the great experiment in democracy that the United states represents.
At the core of our system is the right to vote ( and BTW it is a right, not a privilege) and every action any responsible citizen or representative of the people should take is to expand the right to vote.
Curiously, for the state that calls itself the "Constitution State" we have some of the more restrictive voting laws and they are, moreover, enshrined in our state constitution! So to achieve no excuse absentee voting we will need to amend the constitution and that will require referendums stretched out possibly over years.
Voting for those referendums will be a duty that each representative and senator must fulfill and you may rest assured that I will vote in favor every step of the way.
Our combined debt and unfunded pension liabilities top $90 billion and the required contributions to the pension plans and interest on the debt represent components of the biennial budget that crowd out spending on schools, healthcare and social services. We have a short term respite because of Wall Street's recovery, which always works well for us, and a $2.25 billion inflow from the Federal rescue package. In the short term we must continue with all the budget tools available such as spending caps and contributing any surplus over the $3 billion rainy day fund to our pension plans. We must do more to stimulate new company formation and having founded a successful business in Connecticut I have specific ideas in that area. Attracting companies to Connecticut will be easier as we pitch our relative financial stability but congestion on our roads will remain a significant drag on the economy and on our ability to attract new businesses to the state. Think Amazon not building a second headquarters here. For a solution to address these issues see my last response below.
Yes, in a word. Reducing carbon emissions is key to improving our climate and a regional initiative is an excellent way forward - the bigger the region the better the outcome. The expected cost of 5 cents/gallon is a small price to pay to help our regional and thus global climate and I will argue forcefully against senate members who oppose this bill when it comes up, likely in September. The World Weather Attribution Initiative, founded among others by scientists from my alma mater, Oxford, recognizes the harmful effects of burning fossil fuels on the global climate.
If the impact of legislation at the state level is to curtail control of development at the local level then I will be opposed.
Because of arbitrary state rules large housing developments in the 36th are not included in the definition of "affordable housing." This is a travesty and I will work to have the rules changed.
As a generalization it would certainly be beneficial to increase the number of affordable housing units, as a step towards allowing teachers, police and nurses to live in our community, the one they serve. But, as an example of rules gone astray, private development under "set aside" provisions must provide 30% of any new development for affordable housing. To reach the state overall goal of 10% of housing being considered affordable 1,200 dwelling units would be required which means that 4,000 such units would need to be built: 1,200 'affordable' and 2,800 'market rate.' This clearly won't work.
Following in the footsteps of Stamford, Greenwich is setting up a Housing Trust Fund. Chances are good that part of the $41 million available from the Federal American Rescue package will be allocated to the trust fund and with private and town contributions there will be very significant funding available to increase affordable housing.
The principal initiative that I have in mind is a major infrastructure plan to develop ports in Bridgeport, New London and up to RI and Mass that will enable so-called "Ro-Ro" vessels to transport trucks and containers by sea. This will relieve congestion on the major interstates and significantly reduce pollution.
The project thus addresses economic development, road congestion (which is a major drag on the economy) and climate issues by reducing pollution.
Again, on climate, I intend to vote for TCI in September. On other issues I will promote the creation of an Office for the Prevention of Gun Violence, likely to be funded by a federal grant of some $3 million.
The infrastructure proposal and its progress will be one measure of success and the rest will be the extent to which I, as an independent senator, can steer both parties in Hartford to sensible compromise.