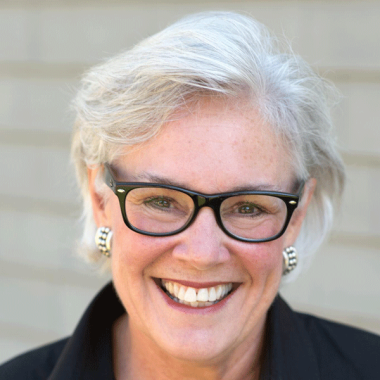 Democrat
Licensed social worker, former fashion marketing executive, former non-profit CEO, current volunteer. Grew up in Stamford, lives in Wilton.
[email protected]
203-858-6561
Candidate website
This November, we're at a crossroads. In the aftermath of an extreme Supreme Court decision to overturn Roe v. Wade, threatening to strip women of fundamental reproductive freedoms, and continued Republican-led efforts to undermine commonsense gun legislation, Connecticut's future is on the ballot. This election is also about the very fabric of our state — the kind of Connecticut you want to have for yourself and for your children. There are two different visions in this race that will lead to two very different futures. Over my years of service as a licensed social worker, then Executive Director of Person-to-Person, and most recently, at Sandy Hook Promise, I've developed a history of concrete results, meeting the needs of today and tomorrow. I'll do the same as state senator, creating opportunities and delivering outcomes that benefit us all. The 26th District needs a leader who can look forward, not just backward; one who puts the needs of everyday people over partisan politics. While Ms. Boucher announced that Connecticut had gone "too far" in regulating guns after Sandy Hook, I'll work to tighten our state's gun laws. I'll always protect the right to an abortion and access to contraception. We can't afford to leave reproductive choice in the hands of someone who voted with Republicans 97% of the time. It will ultimately be up to the voters, to you, which path we should take. Join me in voting for a better, brighter Connecticut.
Over the past four years, Connecticut enacted strong, commonsense gun regulations. From requiring the safe storage of firearms to modernizing Red Flag laws, these policies have saved lives and prevented future tragedies. There is still much more work to do. In 2019, Connecticut saw 181 firearm deaths. That's 181 too many. Gun violence costs Connecticut $1.2 billion every year. We must go further, banning the bulk purchase of firearms and resisting lawsuits against Connecticut's gun laws. I'm proud to have received the endorsement of CT Against Gun Violence and the Moms Demand Action Gun Sense Candidate distinction. My opponent's record speaks volumes, including allowing firearms in some state parks (HB 5539) and deregulating ammunition (SB 118). As the former Executive Director of Sandy Hook Promise, I've put gun violence prevention at the forefront of my platform.

I'm also focused on modernizing our state's transportation sector. If we're serious about a 21st-century economy, it's time we make smart, bold investments in green infrastructure, create good-paying jobs, and help people travel safely, efficiently, and more affordably. I've called the 26th District home for as long as I can remember. I've seen first-hand how our trains have become slower in the past twenty years, not faster. I've seen our roads and bridges become outdated, resulting in increased traffic congestion. Our transportation infrastructure is stuck in the past, and I'm determined to fix it while mitigating the effects of climate change. My opponent had years to address this and promised change but never achieved it. I'll deliver.
It’s simple: I believe our democracy works better when more people participate, not fewer. Connecticut is one of just a handful of states that doesn't offer early voting. This doesn’t just make our state an outlier; it makes it difficult for single parents, students, older adults, and many people to exercise their right to vote. Our restrictive voting laws force people to choose between making their voices heard and their work schedules, family commitments, medical appointments, or countless other issues. By expanding ballot access, we allow more people to step off the sidelines to make their voice heard, ensuring elected officials are held accountable and public policy remains reflective of public sentiment. Fair and free elections are a hallmark of American democracy. It’s time to make Connecticut’s more accessible, and our government more effective.
The Supreme Court decision to overturn Roe v. Wade threatens to strip women of fundamental reproductive freedoms in Connecticut and across the country. For 50 years, women have been able to exercise their right to reproductive health care – we cannot deny our daughters and granddaughters the same right and thrust them into a dark past. I’m the only candidate in this race with a clear, unwavering commitment to defending a woman’s right to choose. I’m proud to be endorsed by Planned Parenthood and the National Organization for Women. My opponent claims the reversal of Roe “does not change anything in Connecticut.” There’s nothing pro-choice about that statement when a Republican takeover threatens reproductive rights. As we’ve witnessed, “settled law” is a myth. Every year, Republican legislators introduce bills that would strip away abortion access here in Connecticut. Electing Democrats isn’t about “sending a clear signal”; it’s about protecting reproductive choice. We can’t afford to leave our rights up to chance. When the going gets tough, I won’t cave to extremist pressure.