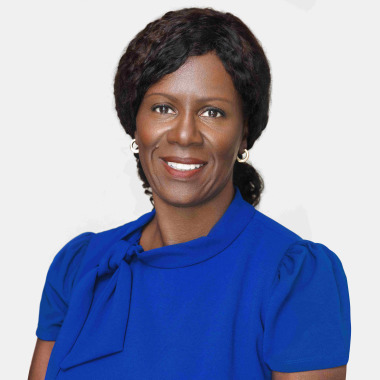 Democrat
CT State Senator, District 27
[email protected]
(203) 325-3315
Candidate website
My unique qualifications to continue to serve as State Senate 27th District are many, varied and distinctive. I have resided in the district most of my life. During this time, it has been my privilege to have served the public professionally and politically. The needs and concerns of my constituents have always been a priority to as member of House and Senate. The 27th Legislative District is comprised of different areas economically, geographically, politically and socially. As its Senator, it has been and will remain my assignment to ensure that the resident issues are known, heard and addressed with meaningful outcomes that enhance their quality of life. One of my intentional efforts will be to remain in contact with constituents working to safeguard their interests. Additionally, my strong work ethics has opened doors of leadership position in the House and Senate. As a freshman Senator, I chaired two committees after my first session which is a clear indication of my abilities.
My top two priorities for the upcoming legislative session include education and affordable housing. First, education has been a number one priority of mine since being in the General Assembly. My primary goal is to address and improve Connecticut’s education opportunity gap. I took the lead in creating a Reading Readiness program to provide support to our students to ensure that they are meeting reading standards. I was also proud to champion a law in 2021 called the Right to Read act which guarantees that students are given the same tools to learn and granted the same opportunity for success, regardless of their zip code. Investing in our student’s success not only benefits them but it is important for the survival of our state. A well-educated, skilled workforce helps business to thrive which in turn strengthens the state’s economy.
Second, I am also a fierce advocate for affordable housing. Affordable housing has always been an issue in our state. But, the pandemic, like some many other issues, has exacerbated problem. Rents prices are soaring beyond what the average family can afford. For over 25 years, I worked in the affordable housing industry, so I have a unique understanding and perspective which I bring with me as a legislator. I think it is important to invest in our communities and ensure that towns and municipalities have equitable and affordable housing for all.
I do support early voting in Connecticut for many reasons. Early voting removes barriers that prevents citizens from participating in the democratic process. It gives electors the flexibility of voting at their convenience, resulting in greater access. It potentially boosts voter turnout participation among specific demographic groups giving the underrepresented the opportunity to vote at a time that does not conflict with other responsibilities. There are individuals who are unable to wait in long polling lines for one reason or another, early voting will shorten those lines since people have already cast their votes. It also allows voters feel safe. I have personally witnessed subtle tactics to deter voters from going to the polls. Early voting will diffuse voter intimidation antics. In 2020, the National Conference of State Legislatures reported that Connecticut was one of six states that did not allow early voting. They are now reporting that we are one of four states which means two other states know the importance of giving their citizens this invaluable opportunity to making sure their voices are heard.
I’m disappointed in the Supreme Court’s decision to overturn Roe v Wade.

I believe a woman should have the right to choose what happens to her body. Whether it is pro-choice or pro-life, it is still her decision to make.

When considering issues as law, it is important to ensure sound public policy that examines the long-term consequences, especially in underserved communities.
I had the opportunity to have an extensive meeting with the Planned Parenthood organization to discuss the abortions laws in our state and I am looking forward to continuing our conversations on this issue.