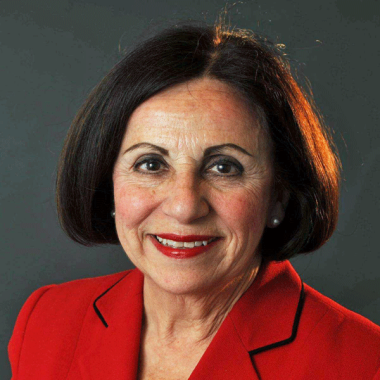 Republican Independent
Investment Businesswoman, Former Connecticut State Senator 2009-2019
[email protected]
203-858-9950
Candidate website
I have been privileged to serve as Wilton’s Board of Education Chairman and on the Wilton Board of Selectman as well as on the State Board of Education and State Board of Education for Vo- Tech Schools. I later served as an Assistant Minority Leader in the Connecticut House and a Chief Deputy Minority Leader in the State Senate as well as a leader of the Education and Children’s Committees. As a result of my work for education quality and equity for children, I was proud to be named a children’s champion seven times by the Connecticut Early Childhood Alliance. I have also been a leader in two Fortune 500 companies and a major investment firm and founded small businesses in Norwalk and Wilton.

After encouraging and mentoring a new generation of candidates to get engaged in their government and run for office, I feel compelled to step up and run during these troubling and divisive times. I believe that working across party lines, finding compromise, and respecting your colleagues are the best way to achieve our mutual goals. It is what I was known to do during my previous time in office and why I am now a facilitator for the National Institute for Civil Discourse.
I am a pro-choice, socially moderate, fiscal conservative who supports gay rights. If Democrat, Independent and Republican voters put their faith in me again, I will work tirelessly for them as their state senator.
Economy and Taxes


In 2017, the State Senate was tied 18 to18. This produced a Republican budget that gave CT its current surplus. As one-party-rule returned, bills that weakened local voices in education and housing, and rampant spending have plagued the state. A bear stock market is putting pensions, 401Ks and IRAs at risk.

Inflation is surging and Connecticut’s new taxes will worsen the situation. The 23% increase to the diesel tax, plus a new truck tax are driving up the prices of groceries, and services around our state.

Instead of the $1.9 billion in new state employee raises and bonuses and, short-term one-time rebates, we must focus on real, long-term relief to help families. Republicans are responding with $1.2 billion in tax relief that would cut the income tax, suspend the diesel fuel tax, reduce the sales tax, suspend the 1% meal tax, repeal the new truck tax, and provide energy assistance. Instead of new taxes, we must cut them.

Education:
There have been many attempts by the legislature to regionalize our school systems.
Instead, we need to invest in underperforming schools, rigorous curriculum and provide teachers with more tools to help the next generation thrive in a twenty-first century economy. This entails increasing transparency and parental involvement in our schools. We should increase higher education attainment by offering low cost or no cost two-year community college education and retraining incentives for adult who have not completed their education. We should explore the prospect of the K-14 school system.
Yes. With today's busy lives , we need to give voters the maximum opportunity to exercise their right to vote. We should do this by putting in place “no excuse” absentee voting that would allow for mail in voting. This may be the best way to reduce additional expenses for our towns and cities registrar of voters office.
The Supreme Court opinion doesn’t change anything in Connecticut; a woman’s right to choose is fully protected under state law that has been in place since the 1970s. No matter the decision by Supreme court decision on Roe V Wade , our state protects the right to choose because both sides of the aisle have voted to do it. It has been codified and I have been on the record for over 20 years as a pro-choice, pro-women’s rights legislator and will continue to be one if returned to office on November 8, 2022.
I feel strongly that we should respect all sides of this very personal issue and not criticize or demean those with different and strongly held beliefs and positions. We need civility in our public discourse. Free expression is a pillar of our democracy. It is one of the reasons I am running for office this year along with protecting our schools and zoning and supporting law enforcement. I know we can be better.