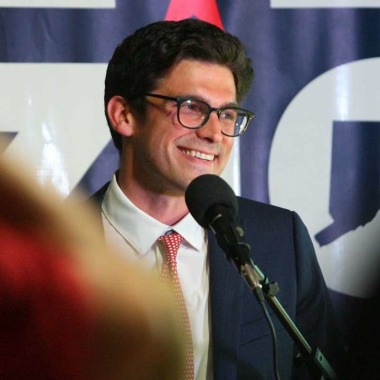 Republican
State Senator, Connecticut native, renewable energy professional, community volunteer, and former local government official
[email protected]
Candidate website
I have served a term in the state Senate, working effectively across the aisle and defending our district. In the Senate, I worked across the aisle co-writing a new law to improve student mental health in schools & co-sponsoring legislation to reduce clean energy costs & protect seniors against crimes. I wrote over 30 other bills to improve our economy, public safety, & protect local control of zoning. In my next term I will keep working collaboratively for those goals.

In addition, I spent half of my career in renewable energy and understand how to balance the considerations of the environment and economy--especially when energy costs are skyrocketing. I have volunteered as a tutor in inner city schools, where I've seen great schools help kids from difficult backgrounds. I have served in local government.

And, finally, I grew up in our district; it's my home, and I will always work to protect it.
Our struggling state economy is the most important issue to most voters. Our taxes are too high, our cost-of-living is unreasonable, and our state bureaucracy is impenetrable. The statistics say that, but more importantly small businesses, families, and retirees tell me that. This is especially frustrating because our state has all the traits needed to succeed economically: an educated workforce, prime location, strong communities, and beauty. The only thing we lack is positive leadership and policy.

I've introduced a three-step plan for economic growth. First, provide immediate, across-the-board tax relief to alleviate the pain of inflation using part of the cash windfall from inflation and federal dollars. Second, reduce income tax rates for all families and broaden the tax base to encourage long-term growth. Third, streamline regulations to reduce cost of living, health care, and utilities.

A second priority for our district is public safety. With a rise in shootings, car thefts, and other serious crimes, we need a change in policy. That's why I am proud to have the endorsement of our local police in my campaign, including the Stamford Police Association, Greenwich police union, and Fraternal Order of Police. We must change the failed 2020 police reform act and our criminal justice laws to reduce shootings, car thefts, and keep everyone safe. I co-introduced bills to do both of those things and will continue to advance them next term.
I expect that voters will reject the early voting referendum as they did when they voted down a 2014 referendum. The referendum notwithstanding, Connecticut state law already effectively provides early voting. Absentee Ballots are cast by mail for a month before the election and they can be cast in-person at Town Clerk's offices for a month before the election. Long periods of early voting mean that voters are voting with significantly different information. It gives groups and parties abilities to effectively harvest votes with ease. And, importantly, it diminishes the value of Election Day in the eyes of voters and actually decreased or fails to alter overall turnout levels because of that. In several studies, including one by Yale, the evidence shows that Early Voting does not increase overall turnout, therefore begging the question: Why should the voters or legislature provide for a radically different system?
Connecticut should keep abortion legal in state law. Our state should ensure that the industry maintains high health and safety standards for women. I voted with colleagues of both parties against lowering health and safety standards for the industry. Specifically, I voted against HB5414 alongside Democrats and Republicans, which lowered the standard of care for surgical abortion in the state. That's why six independent health care organizations testified critically of the bill.

We should also expand access to contraception in order to empower women and reduce unplanned pregnancies. I introduced legislation last term to accomplish. All that said, it is worth repeating that leaders in both parties are clear on the record that abortion should remain legal in Connecticut.