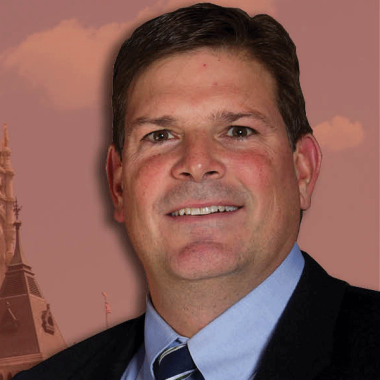 From 1995 to 2004, Tom served as a member of the Police Officers Standards & Training Council (POST), which is responsible for the training and certification of municipal police officers. From 1997 to 2004, he served as a Victim Compensation Commissioner within the state’s judicial branch, responsible for adjudicating claims brought by victims of crimes. Tom was appointed to the Judicial Selection Commission in 2004, which is responsible for recommending the appointment and reappointment of state court judges.

Tom was elected to New Canaan’s Town Council from 2005 until January 2013. Tom is very proud of being the original proponent of outdoor dining in New Canaan in the summer of 2006 along with actively working on expanding the sidewalks from downtown down MAin street and connecting our parks.

Tom has been elected to Connecticut’s State House of Representatives for the 125th District for five terms, most of the time unopposed by a Democrat.

He is currently the Deputy Leader and a member of the Judiciary, Transportation, and Environment Committees. Tom assists in negotiating legislation and coordinating the floor debate with the Speaker, Majority Leader, Minority Leader, and their Deputies. Tom is extremely proud of his bipartisan reputation and record for getting things done, such as the 2017 Republican Budget and passing a law to allow first responders to administer Narcan, which has saved thousands of lives.
1 - Making Connecticut More Affordable - Connecticut residents paid the equivalent of 15.5% of the state‘s net product in state and local taxes—the second-highest rate in the nation. Only New York had a greater burden. Nationally, tax burdens have decreased while Connecticut has had the largest increase at 3.3%.
Under almost a half century of one-party rule in the Connecticut legislature, the majority has given our residents some of the largest unfunded liabilities in the country. Over the last two years alone, our unfunded liabilities have increased from $75 to $95 billion. Connecticut is the only state that pays the public sector more than the private sector with less jobs than we had in ‘08. The majority has recently passed the most anti-small business legislation in the country and made protecting criminals more important than protecting residents. Under my plan of eliminating taxes on estates, social security, and pensions, Connecticut would become one of the best states to retire in, at a cost of about 2% of the budget.

2 - Local Control of Education/Zoning - The Democrats have eroded local control of education and zoning and have called for further reductions. We should be imitating the educational practices in New Canaan/Darien, which are consistently the top school Districts in the state.
We should be following New Canaan's lead in creating a fund to build more affordable housing that fits in the town, not assisting predatory builders, the vast majority of whom have no interest in affordable housing.
Yes, I support no-excuse absentee ballot voting in Connecticut but we need to do more to secure our voting. We require photo identification for buying alcohol/cigarettes/M rated video games/energy drinks/nail polish/cold medicine, opening a bank account, applying for Food Stamps/Welfare/Medicaid/Social Security/Unemployment/Mortgage/Job/House Rental/Hunting License/Fishing License, driving, buying or renting a car, flying on a plane, getting married, buying a gun, adopting a pet, renting a hotel room, buying a cell phone, picking up a prescription, and blood donations so why not to vote?

Just last month former Stamford Democratic Chief was found guilty of 28 felonies in a ballot fraud case involving twenty-six fraudulent absentee ballots. We need to secure our voting procedures not only with in-person voting but especially with absentee voting.
As everyone in Connecticut should know, Connecticut passed the Freedom of Choice Act in 1990 codifying Roe v. Wade so a pregnant woman’s right to choose is not an issue here in Connecticut. It was a bipartisan group with support from the pro-choice advocates, the Roman Catholic Archdiocese of Hartford, and the Pro-Life Council of Connecticut. The law affirms a woman's unqualified right to choose to have an abortion ''prior to the viability of the fetus'' and her right to make the choice thereafter, ''when necessary to preserve the life or health of the pregnant woman" and it mandated that girls under 16 who seek an abortion receive counseling about their options.

Unlike the 1990 legislators in Connecticut, 2006 federally elected Democrats, under President Obama, could have passed similar legislation to what Connecticut did 16 years earlier and codified Roe v. Wade. While they had complete control of the federal government, they made the conscious choice not to codify Roe as they wanted it to be an election issue. President Obama, with his filibuster-proof senate and complete control of the house, got his priority passed, Obamacare, without a single Republican vote but did not even try to codify Roe as it was simply not a similar priority.